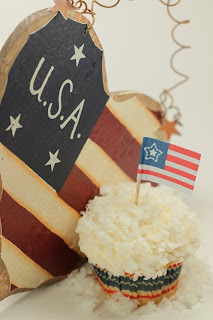 “Independence Day celebrated on July 4 and is often known as "the Fourth of July". It is the anniversary of the publication of the declaration of independence from Great Britain in 1776. Patriotic displays and family events are organized throughout the United States. Many people display the American flag on their homes. The celebrations have deep roots in the American tradition of political freedom.” 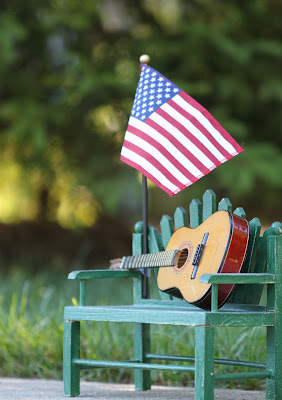 Oh, say can you see by the dawn's early light
What so proudly we hailed at the twilight's last gleaming?
Whose broad stripes and bright stars thru the perilous fight,
O'er the ramparts we watched were so gallantly streaming?
And the rocket's red glare, the bombs bursting in air,
Gave proof through the night that our flag was still there.
Oh, say does that star-spangled banner yet wave
O'er the land of the free and the home of the brave?

On the shore, dimly seen through the mists of the deep,
Where the foe's haughty host in dread silence reposes,
What is that which the breeze, o'er the towering steep,
As it fitfully blows, half conceals, half discloses?
Now it catches the gleam of the morning's first beam,
In full glory reflected now shines in the stream:
'Tis the star-spangled banner! Oh long may it wave
O'er the land of the free and the home of the brave!

And where is that band who so vauntingly swore
That the havoc of war and the battle's confusion,
A home and a country should leave us no more!
Their blood has washed out their foul footsteps' pollution.
No refuge could save the hireling and slave
From the terror of flight, or the gloom of the grave:
And the star-spangled banner in triumph doth wave
O'er the land of the free and the home of the brave!

Oh! thus be it ever, when freemen shall stand
Between their loved home and the war's desolation!
Blest with victory and peace, may the heav'n rescued land
Praise the Power that hath made and preserved us a nation.
Then conquer we must, when our cause it is just,
And this be our motto: "In God is our trust."
And the star-spangled banner in triumph shall wave
O'er the land of the free and the home of the brave! 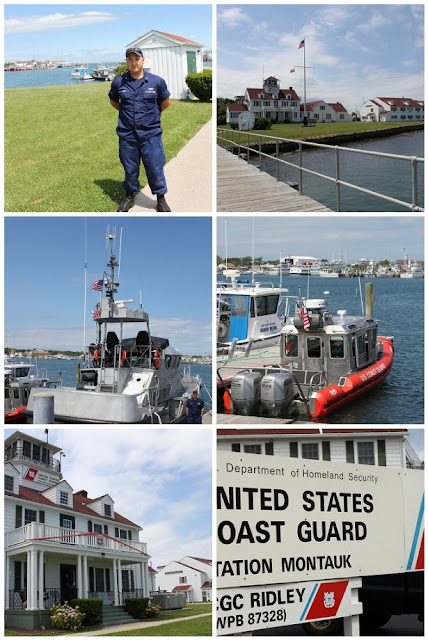 About The United States Coast Guard:
“The Coast Guard saves lives by performing rescue of people and vessels in distress and continuously patrols area waters and international borders, enforcing federal and maritime law.”

The United States Coast Guard is a military, multimission, maritime service within the Department of Homeland Security and one of the nation's five armed services. Its core roles are to protect the public, the environment, and U.S. economic and security interests in any maritime region in which those interests may be at risk, including international waters and America's coasts, ports, and inland waterways.

The Coast Guard provides unique benefits to the nation because of its distinctive blend of military, humanitarian, and civilian law-enforcement capabilities. To serve the public, the Coast Guard has five fundamental roles:

Maritime Safety: Eliminate deaths, injuries, and property damage associated with maritime transportation, fishing, and recreational boating. The Coast Guard's motto is Semper Paratus—(Always Ready), and the service is always ready to respond to calls for help at sea.

Maritime Security: Protect America's maritime borders from all intrusions by: (a) halting the flow of illegal drugs, aliens, and contraband into the United States through maritime routes; (b) preventing illegal fishing; and (c) suppressing violations of federal law in the maritime arena.

Maritime Mobility: Facilitate maritime commerce and eliminate interruptions and impediments to the efficient and economical movement of goods and people, while maximizing recreational access to and enjoyment of the water.

National Defense: Defend the nation as one of the five U.S. armed services. Enhance regional stability in support of the National Security Strategy, utilizing the Coast Guard’s unique and relevant maritime capabilities.

In honor of Matt Tolliver (my niece's boyfriend), I went to the Coast Guard Station in Montauk while vacationing. Matt is a cadet at the US Coast Guard Academy in New London, CT. Jenni Caso (my niece) is dating Matt. They make such a cute couple!

Meet Matt Tolliver…
Written by Matt Tolliver
My role in the Coast Guard currently is a first class cadet at the US Coast Guard Academy. My duty right now is Alfa Co. Executive Officer, and that puts me primarily in charge of good order and Discipline. I am directly in charge of the "Cadre" in my company. A Cadre is the Coast Guard term for Drill Instructor.
I have been stationed in Miami, Norfolk, San Diego, Mazatlan Mexico, Guam, Yakuska, and most recently in Gulfport Mississippi for the oil spill on an 87' WPB.
Moreover, a fun fact is that when I was a Cadre last summer is when I met Jenni. Most people say that it is no romantic story, but as fun and new our relationship has always been so is our start.

So, story goes.... I was on Facebook and was fishing through my messages and noticed I had a friend request from this girl "mind you she was beautiful” from the Philly area. So before I friended her I sent her a message apologizing for not knowing who she was, because I most certainly wanted to remember. She informed me that I did not know her but she had found me on an application called speed date on facebook. So we joked about it and those messages that started as just a few lines moved on to paragraphs and those turned into pages.
Eventually after a couple days of that she dropped her number with me and I called. She texted me back and we continued to talk. This being fast forwarded through the many calls. Jenni took a chance and drove to see me in CT right after I finished with the recruits "swabs". We spent the weekend at the beach in RI and have been dating ever since.

The photos of Matt & Jenni were not taken by me.
Paul Duddy is owner of the cadet ceremony photos: 1st row-3rd & 4th photo; 2nd row-1st & 3rd photo.
Paul Duddy 's photos can be found on flickr: pduddy1

Photo of Jenni: by Jenni

Photo of Matt & Jenni - Don't know who is owner.

Center photo of Matt & Jenni-Don't know who is owner. But, this is one heck of a gorgeous picture!

A special Thank You to those whose pictures appear here. 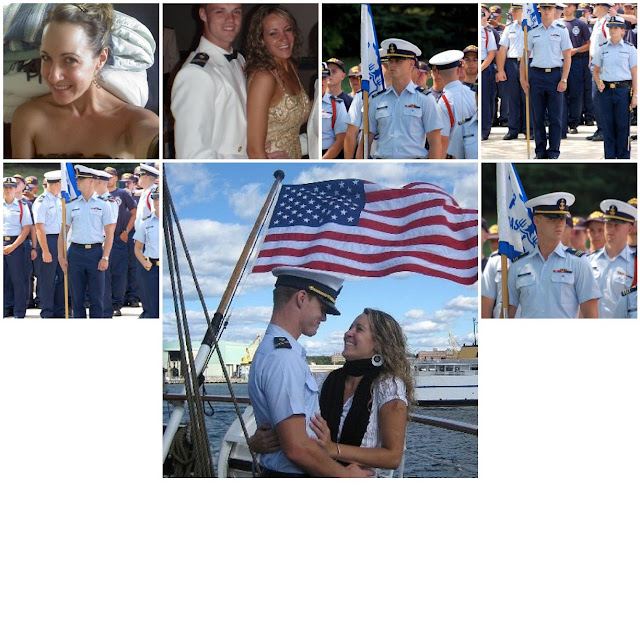 Meet my lovely niece Jenni Caso...
Written by Jenni Caso
Jenni is a 27-year old therapist, who is devoted to working with children with Autism and their families. Feeling lucky to get paid to do what she loves, Jenni considers working to be her favorite hobby. In addition, she also enjoys reading and learning about neuropsychology, watching the Investigation Discovery channel, doing Pilates, and spending time with friends and family. Her favorite foods include anything that is homemade - living alone will do that.

How Matt and Jen met:
At first Jenni felt somewhat embarrassed telling people how she met Matt, but decided to embrace the 21st century with all of its perks instead since the age of the internet is what brought them together.

It was a humid day in July, no relief from the suffocating heat anywhere except for inside with air conditioning. Feeling restless, Jenni decided to check out the speed dating application she continuously received invites for; somewhat amused after the 15th invite, she started to consider the numerous daily invites a sign. After browsing profiles for a while, she came across a picture of a handsome man with blond hair who appeared to be running in a track race. Jenni paused and clicked on his profile; he did not have much information, but did list a mutual favorite book so, as an avid reader, Jenni decided to add him. The following day, Matt replied to her friend request and sent a message asking who she was. After corresponding via facebook, text messages, and talking on the phone for three weeks, Jenni drove up to the Coast Guard Academy to meet Matt in person. After an arduous four hour drive, Jenni stood alone in the parking lot, heart beating, palms sweating, waiting for Matt to come. He approached her with a big, friendly smile and immediately gave her a big hug. The two went on the most perfect date and Matt succeeded in sweeping her off her feet for the last year. The rest is history.

What’s for dessert for July 4th?
I love the Coconut Cupcakes by Ina Garten of Barefoot Contessa. To give it a different twist, I added Pastry Cream in the center.

Cupcake Recipe & Cream Cheese Frosting by Ina Garten of Barefoot Contessa
Pastry Cream Recipe from ON BAKING by Sarah Labensky – (available at B&N)
Or, you can go to Brown Eyed Baker for Pastry Cream recipe (check out the tutorial!) 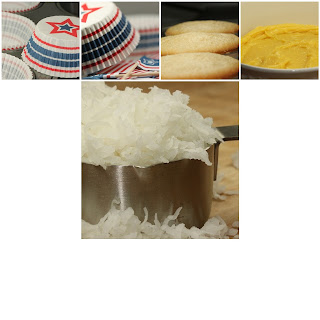 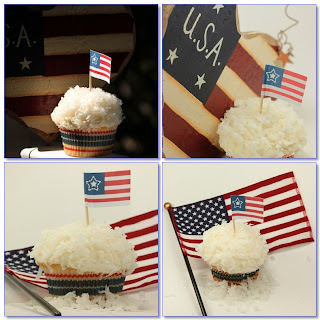 Would love to hear what you baked for July 4th...
Happy July 4th!
Peace in Baking,
Carmen 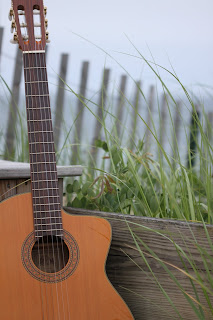 Baking is my Zen…sweet nibbles for the soul

Aww this is the cutest story! I've done online dating before but have never used the facebook speed dating thing. Maybe THAT is where I've been going wrong!

The cupcakes look and sound fantastic. I love your filling idea!

Carmen this was a wonderful post and the story was really cute. The cupcakes sound other worldly. I hope you have a great holiday. Blessings...Mary

what a great post!! thanks so much for sharing such a wonderful story!
Dennis

What a wonderful post.
And the cupcakes look marvelous!!

what a great post!! thanks so much for sharing such a wonderful story!

note from Carmen of Baking is my Zen:
(having issues with blogger comments posting-So I am pasting your comment here)

What a wonderful post.
And the cupcakes look marvelous!!

Note from Carmen of Baking is my Zen:
(Problem with comments publishing. So I am pasting comment here.)

oh what a great story, I have visited my brother's ship when he came back from deployment, oh it was a wonderful experience...great treats I love the filling you are always so creative..