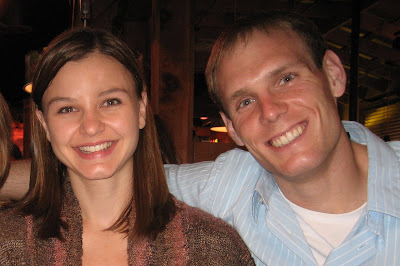 This week’s host for Sweet Melissa Sundays is Tess of Cookin’ Chemist.

Here is Tess with her husband Derek. What a cute couple!

Tess is in her forth year of Pharmacy School. Derek graduated recently and now has his Pharmacy degree. Congrats to Derek and best of luck to Tess in her studies! 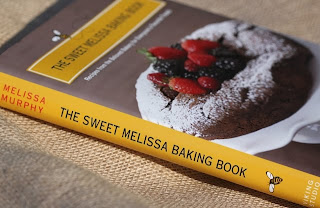 You can find the recipe on her blog, Cookin’ Chemist.
Don’t forget to stop by the other Sweet Melissa Sundays Bakers posts to see their Butterscotch Praline creations.
What is a Praline? 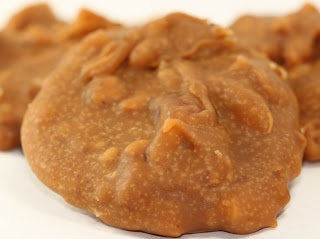 Praline is a family of confections made from nuts and sugar syrup. 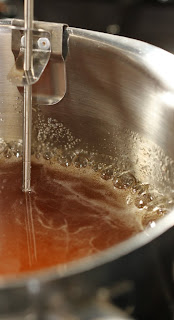 One of my favorite gadgets when cooking with sugar: A candy thermometer…it’s a godsend! 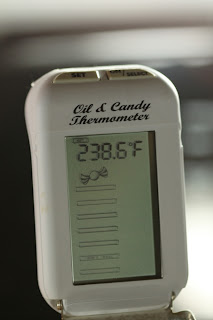 As the sugar bubbled, I decreased and increased the heat slightly as needed.
“No mixing” was part of the instruction….oh, how I wanted to stir!!!! 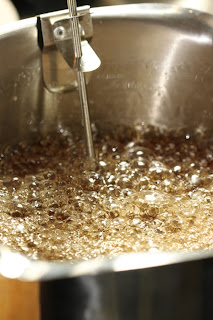 Butterscotch morsels really added a nice dimension to the praline. 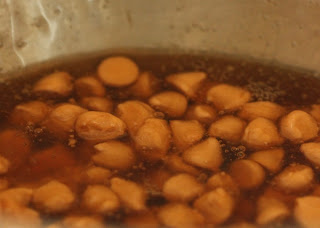 One of the things I do…call it a tip…
is to TOAST NUTS before using in baking or confectionary use.
It brings out the essence of the nut flavor.
Pecans are added to sugar and butterscotch mixture. 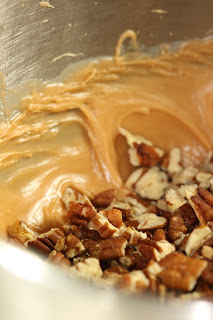 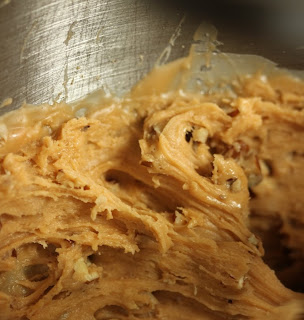 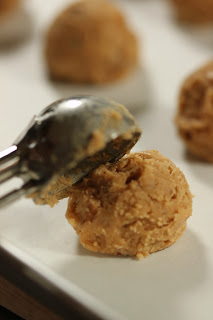 So, I put them back in the saucepan, melted them down and spooned them back onto the parchment lined tray. I was thrilled that I was able to redeem the batch without starting all over again from scratch. 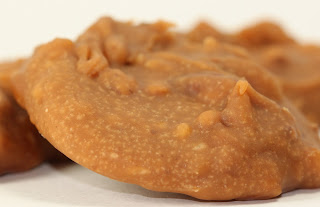 What’s the best way to store pralines?
The best way to keep pralines is airtight. You don’t have to keep them cool, as they will not melt until they’re more than 200°F. Because we don’t use any preservatives, it’s best to enjoy your pralines with two three weeks after they’re made. They won’t exactly go bad after that, but the sugar begins to re-crystallize and they lose some of their delicious creaminess.

Why are there white spots on my pralines? 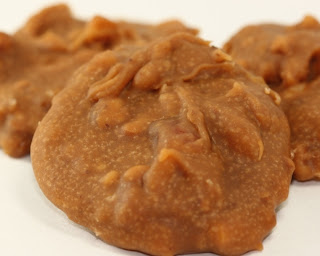 The second we scoop the molten sugar pralines onto the marble slab, the sugar begins to revert to its original crystalline form. The re-crystallization is what makes the white spots appear on pralines. We don’t use any preservatives, so we suggest that you eat our pralines within two to three weeks before they have too long to re-crystallize.

Is a praline a nut?
The praline is the candy, not the nut. Pecans are the nuts that are traditionally in New Orleans pralines. We do make praline pecans, which are individual pecans coated with a thin layer of creamy, sugary candy.

In this country, we consider a praline to be a traditional southern candy made from sugar, pecans, and some kind of dairy. We use fresh cream, sugar, butter, and jumbo pecan halves in our pralines, which makes a creamier, less brittle praline. In European countries, however, praline is a creamy-textured preparation of chocolate and finely ground nuts, more along the line of a ganache, which is usually used to fill chocolates or pastries.


There are several ways to pronounce Praline. But…all I’m interested in is the taste…they are DELISH!

# # #
Just a note: This is my last post with Sweet Melissa Sundays.
It was a great experience! Met some really nice bakers!
I will be putting all my energies into my upcoming projects.

I will be attending The French Culinary Institute in New York City in the Fall 2010. See post about it HERE.

I bought the textbook, THE FUNDAMENTAL TECHNIQUES OF CLASSIC PASTRY ARTS by The French Culinary Institute and plan on testing recipes this summer.


I also plan on baking breads. I will be using (among others) the book, BAKING ARTISAN BREAD by Ciril Hitz. This book even has a DVD. You can visually see the techniques of baking bread. Cool stuff!

These projects will keep me busy this summer…and I’m lovin’ every minute!
I am in my zen... 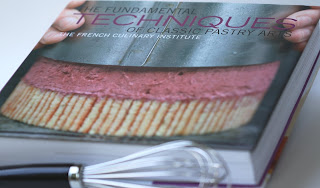 Baking is my Zen…sweet nibbles for the soul
18 comments: