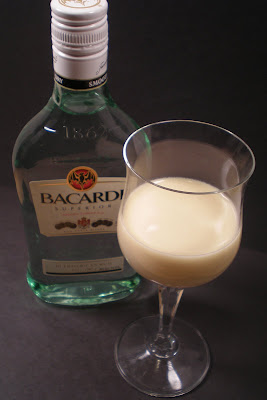 What is Coquito? It is eggnog.
It’s a Puerto Rican Holiday Drink named after the island’s mascot,
Coqui, a frog.
There are several variations of eggnog. My preference is an Eggless Eggnog. 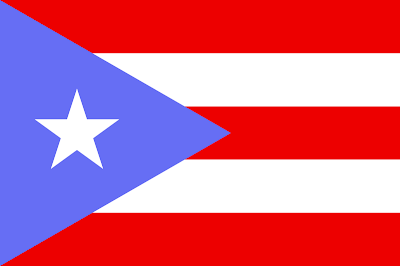 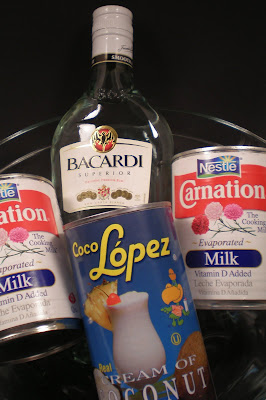 As I mentioned, there are several versions. This recipe is my version of Coquito.

Ingredients:
1 - 15 oz can cream of coconut (Coco Lopez brand) *recommended brand
2 - 12 oz cans evaporated milk
1 ½ cups Bacardi Rum (white) [you can use a little less if preferred]
Directions:
1 Open the cream of coconut can and scoop out contents into a bowl.
2 Microwave for about 20-30 seconds until all the cream has melted.
3 Stir until cream is dissolved.
4 Shake the two cans of evaporated milk.
5 Open the cans of evaporated milk and pour into the bowl of cream of coconut.
6 Pour 1 ½ cups (or less) of White Bacardi Rum into the milk mixture.
7 Sift twice through a strainer. * optional
8 Pour in a fancy glass and Enjoy!

I do not refrigerate the Coquito. But, you can. 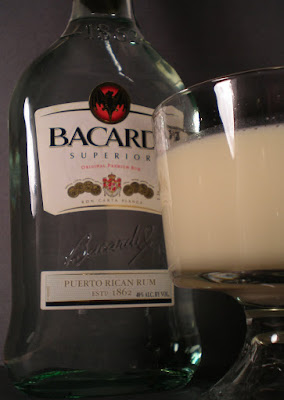 "My favorite! It's so much better than traditional eggnog. Your mom made me some one year and Dave made it for me last year. OMG-delish, delish, delish!"

We make something similar in Colombia! That sounds delicious.

i love the sound of coquis! i love puerto rico!

Who doesn't love Puerto Rico? It has beautiful nature, it has great bars and the most of my favourite cocktails has origin Puerto Rico.